Running the Race of Life 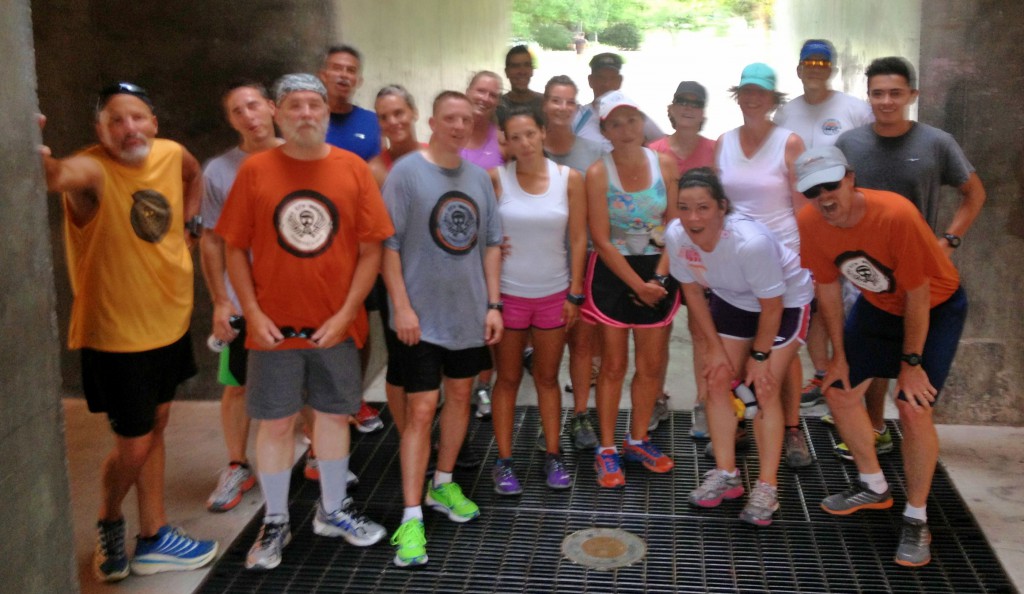 Behind the beard and sunglasses is a determined runner who is fueled by a passion to live. But that wasn’t always Terry’s One Medal story. While Terry hiked for years with the New Mexico Mountain Club, and more recently with the Albuquerque Hiking and Outdoor Meetup, he is the first to admit that he never ran, jogged or sprinted until just a few months ago.

In June 2013, after donating blood and eating a large breakfast, he went home for a low-key day of reading and relaxing. Terry remembers, “In the afternoon, I felt odd. There was a tightness in my chest that I had felt before. I had, in fact, felt the same thing the day before while doing some work, but it went away after I rested.”

Thinking he was having a bout with some recurrance of his childhood asthma, he used an inhaler provided by his doctor and rested, but it had no effect on the tightness in his chest. “I had no reason to suspect a problem with my heart, as I did not have high blood pressure, and there was no numbness in my arms, or nausea, or any sharp pain,” Terry recalls.

However, overwhelmed with a feeling of impending doom, like he might be dying, Terry headed out the door to see his doctor, but turned around and decided instead to call 911. Paramedics diagnosed he was having a heart attack. At the hospital being prepped for surgery he went into full cardiac arrest.

“After my heart attack, I realized that I needed to step up my game to improve my stamina and strength. While heartmonitored exercise was recommended, the cost, even with insurance, was too high,” says Terry. One of the options he considered was running. After all, he saw how his step-daughter Maya embraced running through the stages of her young life.

Having just celebrated her 21st birthday, Maya was preparing to run in the Duke City Marathon despite nagging and persistent headaches, but nausea that day, coupled with the pain sent her to the emergency room instead. A CAT Scan of her brain revealed a mass; a later MRI confirmed it. In fact, it appeared to be growing in size, and cancer was suspected.

After surgery to remove the mass, it was found that it was regrowing, and testing after surgery had revealed that it was indeed cancer. A regimen of chemotherapy failed to eradicate the tumor, and only left her bald. Eventually a tightly-focused set of x-rays called a Gamma Knife killed the tumor, and Maya underwent a further regimen of low-level radiation coupled with chemotherapy that left her cancer free, but she lost her hair again.

Her return to running was slow and tenuous, as she was having difficulty walking even short distances, but she persevered. This year, Maya will turn thirty and continues running relays and full marathons. Maya’s hair did return to its former glory, but every year she donates most of it to Locks of Love for use by other cancer patients.

“Thinking about how Maya was able to regain her strength and confidence with running, I decided to give it a try,” says Terry. “I’ve seen how it helps keep her strong physically and mentally. Aside from health, I run to see if I can do it. I never thought I would run, but I can usually do whatever I focus on.”

But Terry’s One Medal story has a twist. The person he is running for is the new person he is today. Up until that June afternoon, he felt he was just marking time. He recalls, “The decision just to have the angioplasty and stent was not an easy one, as I’d had a good and long life already, and wasn’t sure why I needed to continue on. However, something in my thinking snapped. That kick in my heart was like the proverbial kick in the pants, and I decided I would live, and that, in fact, I wanted to.”

Terry works part time for a local winery, hikes, and enjoys learning about photography, but he has a new perspective on life. “Running has given me an exciting challenge. I’m going to run at least a half marathon this year, even if I have to walk a good portion of it. Maybe I could run a full marathon next year? I would like to run a marathon someday with Maya.”