One Medal for Ashley 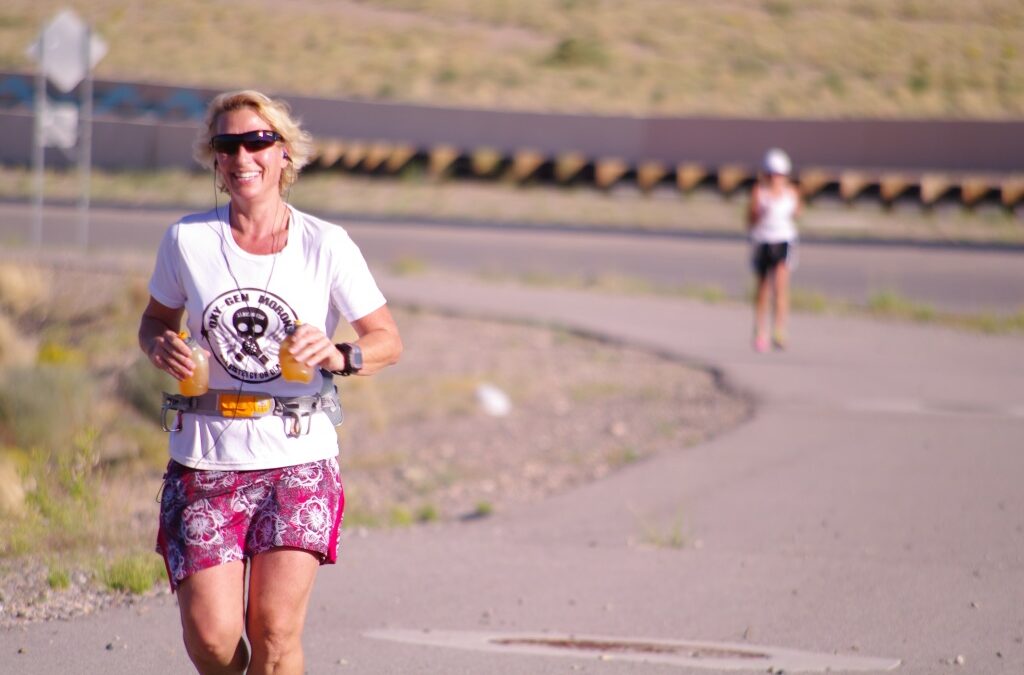 There are friends you’ve known since high school, others since college and a number through work or jobs. Those are all great friendships don’t get me wrong. But, there is a unique kinship that develops with those whom you run.

Your running friends see when you are hurting, provide encouragement and are a group you can celebrate athletic accomplishments in the midst of whatever the world dishes out. Such is the case with my friend, Ashley.

During our mid-week training runs and weekend long runs with Albuquerque’s Oxy-Gen Morons, the group would hash out everything from politics to live events. But a topic that will always engage Ashley is the search for a g

ood India Pale Ale beer. The IPA has to be “hoppy” and locally brewed. The La Cumbre Elevated IPA is at the top of her list.

A run our group always enjoyed to complain about was a 14 miler that started from the Rio Grande and wound its way to the top of the West Mesa. It navigated a narrow and steep part of a place I affectionately call Boca “freakin” Negra Canyon. Ashley, to this day, would run up that incline like it was as flat as the Sandia High School track!

During one of our weekly runs, she shared with the group about some tests she was going through to detect cancer. At a Tuesday interval training run, she reported back that the test came back positive and that he would be starting treatment at the end of the month. During the sweet time of conversation I knew I had to run a One Medal race for her.

The next race on the Albuquerque calendar was at the end of week, the Rio Grande Half Marathon. I figured since I had just finished the Wild West Relay a few days earlier, a half marathon was possible. Ashley mentioned she was working the water stop, the same one where she gave me a wet hug when the roles were reversed last year.

The race was probably one of the most humid I’ve ever run in Albuquerque. The last water stopped, staffed by the Morons, would have made for a perfect wet hug but I was making good time. So I grabbed my water and bolted (ok, bolted is a little strong of a word) to the finish.

After receiving the Rio Grande Half finishers medal, Ashley shared “I’ll be wearing the necklace until this ordeal is over as a reminder to stay strong and perhaps make it a goal to run the half next year in honor of someone else.”

I look forward to o

ur run next year Ashley!