One Medal for my brother! 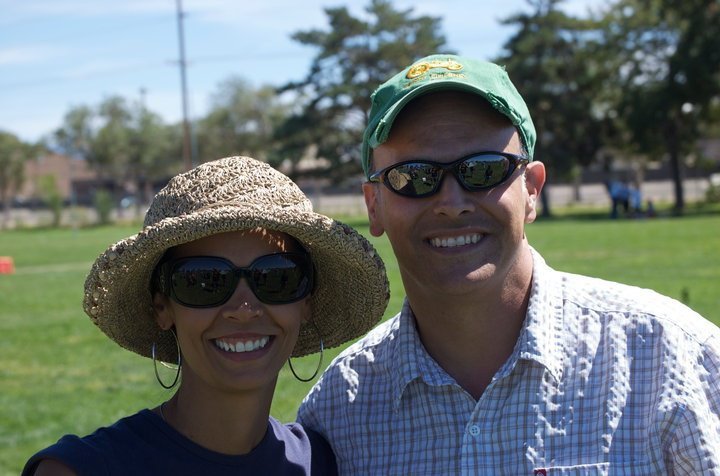 I signed up for Team in Training in October of 2010. This was my 7th event with them. I signed up because my brother was dying of pancreatic cancer. I signed up because he couldn’t run anymore so I told him I’d run for him. My hope was that he would live to see me run the race via internet in March. I knew it was a long shot but I prayed that would happen.

We started training the first weekend in November. I shared my story with my teammates, and cried of course. I missed a couple of runs that month because I went to visit him in Pennsylvania. The day after Thanksgiving my brother passed.

The next day our team was supposed to run 4 miles. I remembered the promise I made to run for him so the next morning I put on my running shoes and drove to the meeting place. I sat in my car thinking there was no way I could walk into the building and face the team–some of whom I knew and many of whom I didn’t. I got out and felt like I was going to throw up.

Eleanor Martindale Smith was outside and came and gave me a huge hug and said “you are going in the building. you don’t have to run. we will run for you, but you are going in.” I walked in and was bombarded by my friends. I was crying so hard but they all rallied around me.

I ran the 4 miles that day with my friend, Courtney Hale. I wanted to run alone, but she wouldn’t let me. She ran with me and wanted to hear all about my brother. I was gone the next weekend for his funeral, but I came back and raised more money than I had ever raised and made it through a season.

I had an incredible support system through this team, and a great support in my husband when I would come home and cry. I ran the LA Marathon with several of those teammates with my husband cheering me on.

As soon as the gun went off, the rain came down. It took almost 5 hours and it rained the entire time. We were all soaked. My shoes were even full of water. I was almost hypothermic, along with many other people. It was my 4th and hardest marathon emotionally and physically.

After that race, I put up my running shoes. I don’t know if I will ever do another. If I don’t, I feel like I ran my hardest and gave it everything I had. I left it all on the course that day and felt my brother the entire time.

I have several medals, but that day I earned the one I worked the hardest for–my one medal.