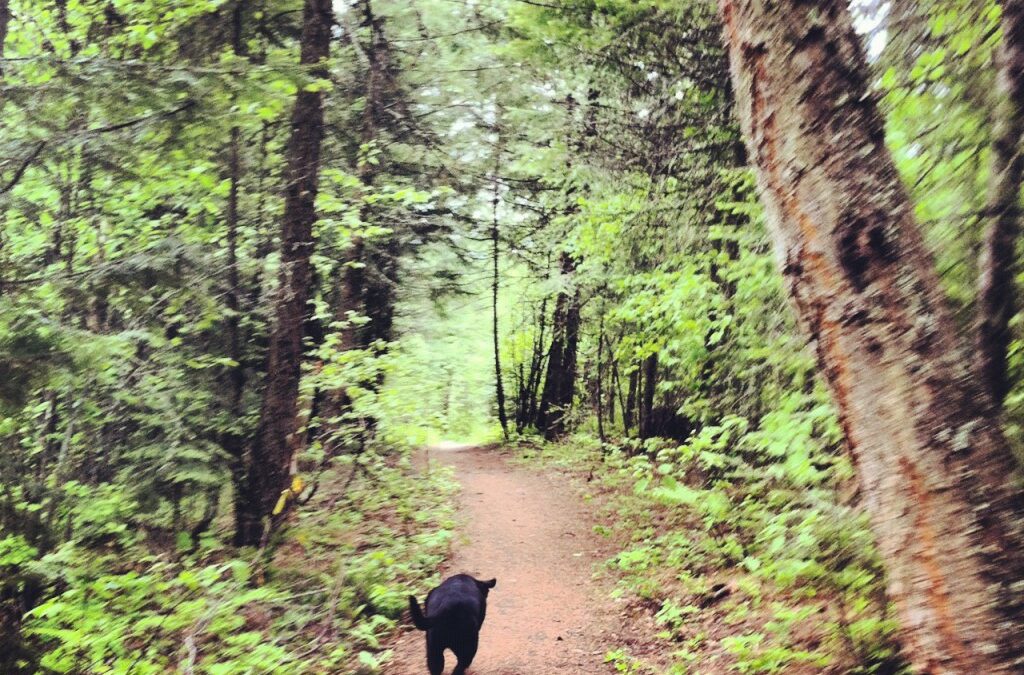 I should have named my black lab, Pacesetter, not Pepper. That’s her pictured up top. She was my training companion for five months as I prepared for The Cutthroat Classic, a trail run in the Washington Cascade Mountains: Eleven miles and 2600 feet of climbing in national forest and designated wilderness.

But Pepper didn’t get the reward of competing. She did all the prep for me, and was left home with the dog sitter.

I am certain Pepper sensed I did something without her because when I got back she was sniffing my running shoes. She knew I had gone without her. Even though I left her with her favorite dog sitter who takes her on long walks and swims, I felt guilty.

I ran the Cutthroat Classic in honor of my Pepper. I know most of the athletes here have run in memory of loved ones or in honor of those who need the encouragement, I’d like to dedicate this post to man’s best friend – the ones who give us unconditional love and keep us accountable (they know when it’s time to hit the trail, nudge, nudge).

She’ll be snuggled up in her bed having no idea it’s time for a training run.
She pops up ready to go and even brings me my socks, tail wagging. Having someone who is excited to go train is a great motivator.
She has no idea how many miles we’ll be doing today, so no ability to pace herself.

But she does it, and she leads the way. And along the way, she protects me from bear and moose. I will run with my music on and keep my eye on her. If she goes on alert, I turn down my music and pay attention. Usually, she runs ahead and chases them away.

Except for that one time.

Pepper was right in front of me like she always is, in this picture. Suddenly, she went on alert, I turned off my music as she bolted ahead and around the corner. I continued on, aware. She never goes far. Then, she came bounding back towards me and as she came around the corner, I couldn’t help but notice the big black bear on her butt.

In the split second, I almost thought they were playing. The bear had caught up to her, but didn’t do anything about it. She was either trying to play or just scare Pepper away.

I screamed “AHHHH!” and the bear screamed “AHHHHH!” and stood up, turned around and ran the other way. Pepper looked at me like, “Whoa, they normally run away! That was a close one.” I said, Pepper, that is the opposite of your job out here. But I didn’t need to. She got it.

That was four years ago. It hasn’t happened again. Pacesetter goes with me, never strays too far, and keeps the wildlife at bay. Most of all, she makes getting out to go for a run really exciting. I missed her while I competed. I did well, and I pictured her in front of me pulling me up and over that saddle and all the way to the finish. She might not know it, but she did that race with me.