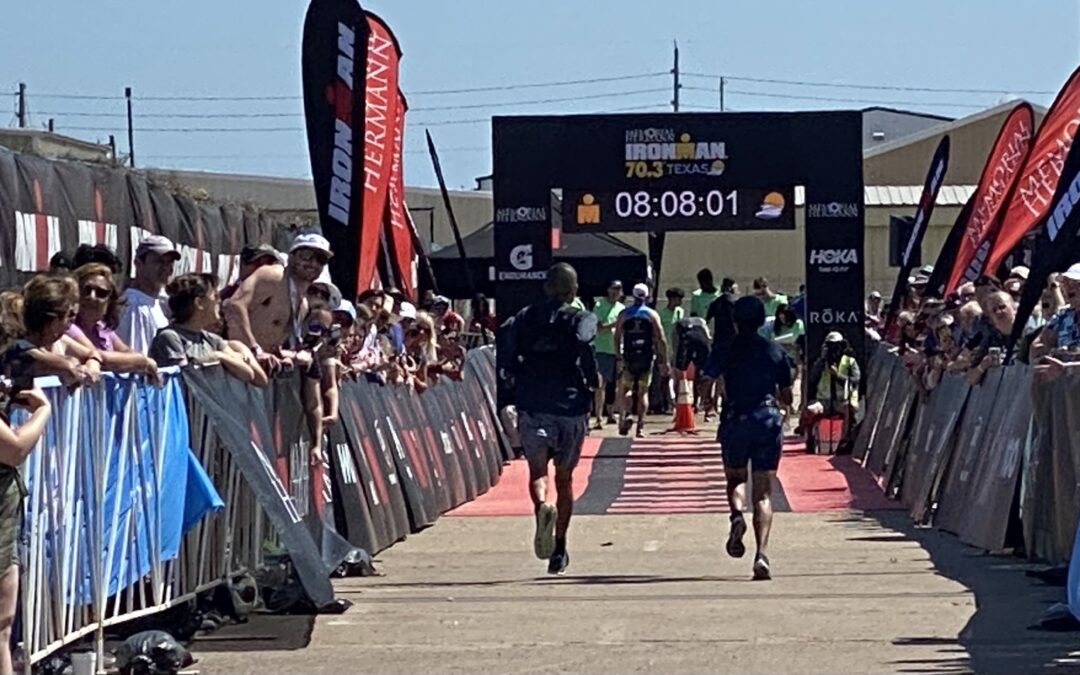 Our paths first crossed when he was running the campaign for what would be Bruce King‘s third term as New Mexico’s Governor. I was working as a reporter at the local ABC affiliate.

Over time, we’d connect more in professional and personal circles. Through our conversations, we learned that our families had actually met decades if not generations before we crossed paths. That is a story for either a book or a movie.

Murph and I share a love of politics. We are both in the middle building consensus, respectively to the left and the right. If you were to put caricatures on our approach to politics Murph would be Tip O’Neill and I would be Ronald Reagan. One thing that really stood out to me was the love that he and his wife Deb share.  My parents are a great example of what a loving, long-term relationship looks like, it was reinforced and personified even more so by Vince and Deb. In late 2021 Murph lost his Deb in a freak accident. It felt as if the world got sucker punched and Vince was reeling.

The tragedy occurred four months before I was to race in Iron Man Texas 70×3. It seemed only appropriate that this race Belonged to Murph.

One of the things that Murph loves is the water. Like my own father, Murph held his own set of records in New York athletics, specifically in open water swimming. The 1.2 mile swim to start Iron Man Texas would be in a bay that fed into the Gulf of Mexico. It was mostly calm, at times a little choppy but I felt like it was one of my better swims at that distance. Murph said he would be supporting me in this race by spending his morning in the hot tub while I was in the water. I told him he should not stay in the hot tub for more than 45 minutes. He laughed and agreed . He only needed to stay in there for a little bit north of 43 minutes .

The bike portion of the race was about 28 miles out and 28 miles back. The big difference was not the elevation, it was all pretty flat. The wind was at my back headed south and in my face coming back.

With a strong swim and a good bike behind me I felt somewhat positive about the run. Unfortunately, my toes decided they were pretty much done with this whole triathlon thing.

For background, I’ve had foot issues as long as I’ve been running. Specifically, it is a neuroma which results in my little toe and the one right next to it dislocating and relocating after a certain amount of time running. These toes slipped out of socket by the time I slipped my shoes into my Altras. Now I’ve had an opportunity to let my podiatrist do his magic and I’ve been diligent about following his instructions. But sometimes the body just speaks and this was one of those days. Typically, I can work around that dislocated toes because I can alternate whenever which one dislocates. However, in this case, they were all dislocating.  I won’t lie, the first 3 1/2 miles was pretty brutal. Converting my run into a run, walk, SLAM my feet in the ground to force them back into socket took a lot of my time, mental and physical energy.

However by the time I got to mile four everything literally and figuratively seem to fall into place. I was able to get about 3 miles with perfectly located toes and then only a slight adjustment there on out. It was a hot and humid for a day in Texas for this time of year.

Approaching the end of the finishers chute, I stopped and soaked it in.  At 58, this might be the last time at this distance and I didn’t want to miss a thing!  Jogging in the final 100 yards, hearing my name and the applause was special.

Following the race, I had a chance to collect the medal and some other swag but really appreciated the slice of pizza… OK the slices of pizza that were available in the finishers tent. I ran that far to not just get a banana but also to get all the other fixings which included some local beer it all tasted so good.

When I arrived back in Albuquerque Murph and I had a chance to grab dinner tell some stories and share about the experiences on that April day.