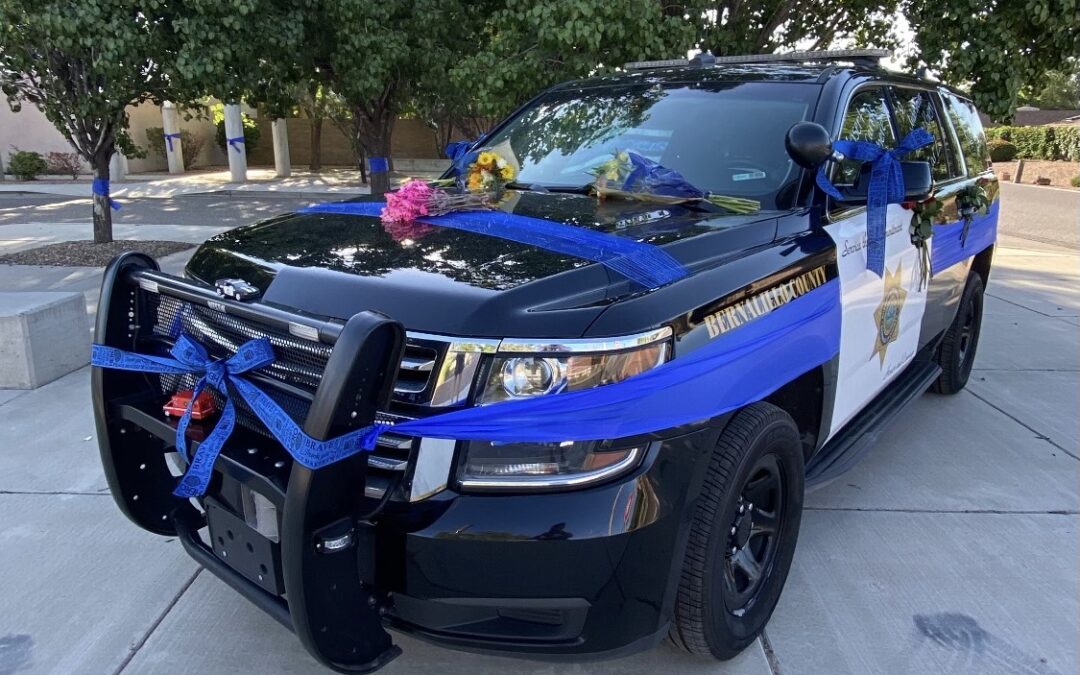 July 16th the Bernalillo County Sheriff’s Office Metro 2 helicopter was dispatched to make some water bucket drops on a fire that was quickly developing in fire ravaged Northern New Mexico. The four emergency responders had a full day, their efforts helped to extinguish the blaze. It was a tall order given the kind of fire season that part of the state has experienced.

Bernalillo County Sherriff’s Office Undersheriff Larry Koren, Lieutenant Fred Beers, Deputy Michael Levison and Bernalillo County Fire Department’s Lieutenant Matthew King made a fuel stop and  were enroute to Albuquerque when something happened causing the helicopter to crash, killing all onboard.  Three officers and a firefighter.

It was a gut punch.

Communities were devastated by the enormity of the loss.

Sometimes a One Medal dedication can be in the form of a race, other times it can be a training run.  Looking at the schedule, there weren’t any events on my calendar for another month and half.

That was too far off.

The Sheriff’s office set up a memorial, one of the officer’s squad cars, with the four names etched on the dark windows. The community responded decorating the SUV with flowers, cards, lining the area with candles.

With the next race so far off, the only thing I could do was run.  Run for the four, their families, colleagues, friends and community. All of us shocked and rocked by this loss.  The One Medal run resulted in leaving four wooden medals, each etched with the “1” and including their names.

I hope it is an encouragement, I know it will be.