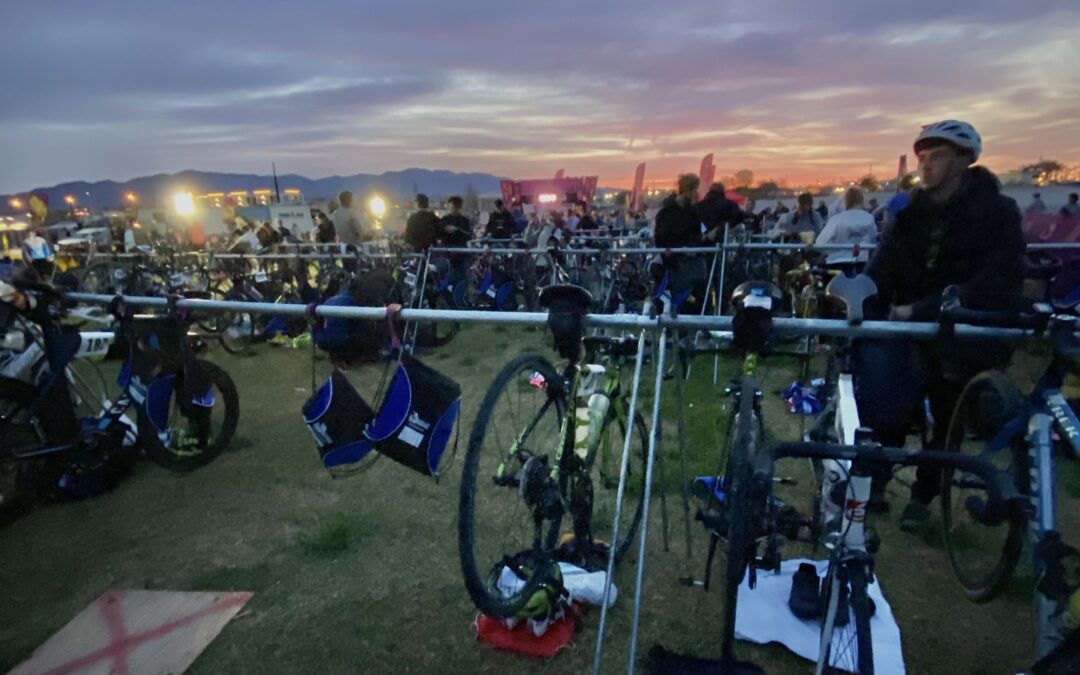 One of the fun things about training for a big race is the opportunity to do some other smaller races, or shorter distances, as a part of my training.

The Lake Havasu City Olympic triathlon was one of those races. Having not been in open water since the start of the COVID pandemic, I needed to get some open water training swims.  I didn’t want race day to be the first time I was in open water.

This race was in honor of my brother Jim. Or, as family calls him, Jimmy.

A little background about our Family, I am the oldest of three children. My brother Jimmy is 14 months younger and my sister Shauna is six years younger.

Jimmy played football in high school and went to college at Texas Tech where he soon pursued a career in the food and beverage industry. If my brother offers to cook for you, take him up on the offer. Your pallet will not be disappointed. He is now an amazing woodworker and actor living in Southern California. He has two amazing sons who are both in full-time ministry as a priest and monk in a Benedictine monastery.

Through my dad‘s passing, our bond which was already tight just seem to get a bit stronger. During one of our conversations I enlisted my brothers help to create some special and customized One Medal medals (more on that soon). He was inquisitive about the program and was pleasantly surprised to hear that it was a concept that I helped to grow and name. He really appreciated the encouragement aspect of the program.

So it seemed only natural that I provide him encouragement through the same program he has helped to support.

The Lake Havasu City Triathlon was quite unique in a couple of respects. First, the water temperature was hovering right around 60°. That is cold. Now, I know there have been others who have swam in much colder water, this was cold enough for me!

Another unique aspect of this race was the cycling portion. It was an out and back with a 2 loop lollipop at one end. That lollipop included a couple of very steep hill climbs . The race also doubled as the national collegiate championships for the sport of triathlon. That meant there were collegiate schools representing the Pac 12, the Big 12, mountain west conference, big East and many other programs.

The swim portion lived up to expectation. It was a cold “J” shaped course that had its turn this side of the old London bridge. The collegiate athletes were the first to take the water for the Olympic course for a 1600 yard swim.

For me, the shock of the cold took my breath away and caused a bit of shivering, most of which did not work out until I pee’d in my wetsuit about 300 to 400 yards into my swim. Hey, I know, sometimes you got to do what you gotta do… just don’t do it has number two (could not resist)!! Finishing up the race my cheeks were cold and my toes bit numb from the cold.

Getting onto my bike, the 28 mile course was actually quite pleasant. While my kit was still wet, the high desert air helped to dry things off quickly. The race was well marked and had good support from volunteers and law enforcement officers. To my surprise, I must have passed some of the collegiate athletes during the swim; they were eager to show their prowess on the bike. They passed me with great speed on the bike course.

The lollipop definitely proved to have its share of very challenging up hills. Until this time, the Barlow Road incline, a route change in the 2016 IronMan Wisconsin, was the steepest and most difficult. The Lake Havasu bike course and specifically the hills were challenging. I remember having to come out of my bike saddle so not to tip backwards and cartwheel down the hill! The 2 loop lollipop was definitely exciting and challenging and tested my quads like none other.

The run course consisted of a 2 loop route on designated trail and then in public areas around London bridge. Dodging spring break tourists just added a different level of complexity and encouragement. Many of the unsuspecting cheerleaders were families who decided it would be fun to cheer on everyone!

About mile two into the run course my feet finally were able to thaw out from the morning swim! Yep, I told you that water was cold!

The end of the race was a bit anti-climactic. Before the race started, organizers were very deliberate to talk through the finishing chute process. That included turning over your ankle timer, medical check and receiving the medal. At that point, and only at that point, would you be allowed to go into the finishing area which included a lot of different delicious foods.

Finishing the race everything fell into place. I went into the chute, turned over my ankle timer, medical check… they the big reveal!  Supply chain had interrupted their plans for th slower half of the finishers as they ran out of medals! Can you believe it?!  That was in March, it is now June and those medals must be on a slow slow slow turtle from China. Why wasn’t this raised during the race briefing? That is a great question. However, we got a nice pat on the back and a promise that our medal would soon be mailed was sincere.

So how did I honor my brother? Well I had a very tasty Belgian waffle with Nutella, peanut butter and a side of syrup. I know if anyone would understand it would be him!